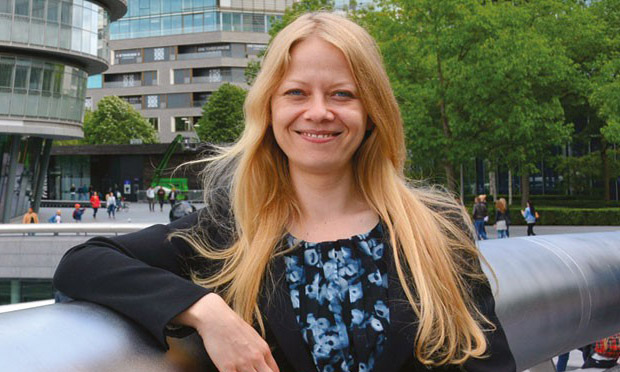 Green Party councillor Sian Berry says Camden could become a “one-party state” after the local elections on 3 May and is urging residents to elect a strong opposition.

Cllr Berry, who is standing for re-election in Highgate, said: “We face the clear threat of a one-party state in May, and more Greens on the council are sorely needed.

“Our candidates and members are working so hard in this campaign to make sure our principled opposition and accountability continues for the next four years.”

She added: “Voters in Highgate, in particular, are so important in this election for Camden.

“Here we have a clear choice between three hard-working Greens or three Labour councillors to be make-weights in a huge majority.”

Cllr Berry was speaking on Thursday as the Green Party launched its election manifesto for Camden.

The party wants ballots for tenants whose estates face demolition, a “workplace parking levy” on employers to cut pollution, and reforms to council meetings so residents can set the agenda.

The Greens are also promising to reverse cuts to youth services, after research by Cllr Berry revealed funding has dropped 25 per cent since 2011.

They also plan to pressure the council to keep its word on holding an independent inquiry into the history of fire safety on the Chalcots Estate.

Council Leader Georgia Gould, replying to a question from Cllr Berry on 26 March, said the second phase of the inquiry – looking at decisions going back years – is an “absolute commitment” from the council.

Launching the Green manifesto, Cllr Berry spoke of her record scrutinising the council since her election in 2014.

“As the single Green on a council dominated by heavily whipped Labour councillors following the party line, I’ve had my work cut out”, she said.

“But I’ve held the council leadership to account, helped make sure they spend our money wisely, and spoken up clearly when things go wrong.”

She added: “As well as representing Highgate, I’ve shed light on Camden-wide issues like fire safety, repairs and major works, got the real numbers on their regeneration schemes released, helped stop council tax being charged on our poorest residents, and kept up the pressure on cleaning up our dangerous filthy air.”