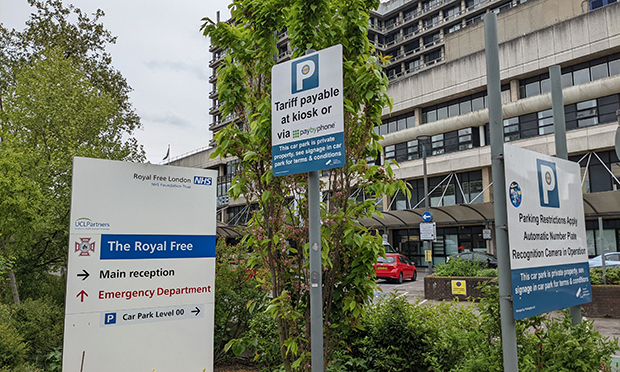 Nurses are assessing patients when they arrive at hospital in Hampstead to help reduce long ambulance times.

The move comes as medical staff face an “extremely pressured” time with “high levels of demand” for emergency care from the Royal Free Trust.

At the Royal Free in Hampstead, nurses are going out to meet ambulances as they arrive to help speed up “emergency flow”.

Covid has also meant some “high levels of staff absence” as well as hitting hospital capacity, along with delays in discharging patients who need support when they leave.

Group chief delivery officer Pete Landstrom said: “One of our main focuses has been that we offload our ambulances in as timely fashion as we can.”

He said the “nurse-led ambulance handover at the Royal Free has really helped improve the timings”, adding: “The important thing about the ambulance handover is not only do we release the crew but we actually ascertain and triage any risk for patients and prioritise based on clinical need.”

He said Trust staff are also clear about the problem they are trying to solve and have worked closely with the London Ambulance Service.

Landstrom continued: “At times of real pressure in the heatwave we’ve got arrangements and protocols in place with the ambulances where we can release some ambulances but the ambulance crews actually then help us staff and look after patieents whilst they’re waiting to be taken into the main department.

“And we’ve created some areas for ambulance handover in our departments which are safer environments than the back of an ambulance for handovers.”

The Royal Free saw the number of patients seen within four hours at A&E increase to 70 per cent in May – up four per cent on April.

It comes at “a really turbulent time”, with pressures on workforce numbers that saw the urgent treatment centre at Chase Farm in Enfield reduce its opening hours temporarily.

The unit has already recruited and will reopen at its previous hours, said Landstrom.