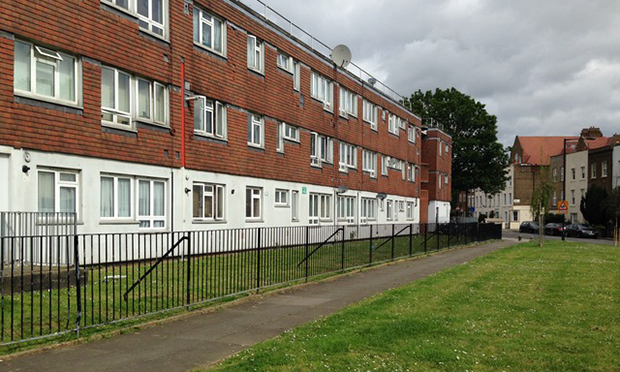 Politicians are set to green-light Camden’s £565m redevelopment plans for a 1960s estate –  but some people fear it could lead to gentrification.

The work would see blocks on the West Kentish Town estate demolished and replaced with 885 homes, including 276 council homes, new shops at Queen’s Crescent, and features such as air-source heat pumps, solar panels and green roofs.

The estate currently has 316 homes in three- and four-storey blocks.

The masterplan is set to be approved by Camden’s cabinet tomorrow.

The council aims to provide a minimum of 40 per cent affordable homes “with an aspiration for more if the scheme finances allow it” –  lower than the Mayor of London’s target of 50 per cent.

The scheme is currently forecasting a deficit of £11.72 million, due largely to recent inflationary pressures on the construction market.

The work will be done in eight phases over 16 years and the first bulldozers are likely to be on site in November 2023, with the last home completed by October 2039.

The council pledged that no-one will have to move from Camden during the work and people affected will get priority for the new homes.

The council started talking to residents in 2015 about its plans.

It then held the borough’s first estate ballot in 2020, and 93 per cent of respondents opted for the plan for the council to act as developer.

Critics claim they were told a ‘No’ vote would mean no kitchen, bathroom or window replacement works for several years as the estate was not on the major works plan between 2019 and 2024.

A council report describes the estate as “showing signs of structural deterioration, endemic repair issues, and many aspects of the construction and design are outdated and are contributing to wider negative impacts in the local area and on the lives of residents”.

Some residents it surveyed said their homes were overcrowded, while others complained the outdoor space was unsuitable for children’s play.

Danny Beales, the cabinet member for new homes said the plans, created with residents, mean the council will build bigger homes “that will lift families out of overcrowding and give them the space they need to grow”.

Katy Dent, a Queen’s Crescent Neighbourhood Forum member, said: “It is deeply upsetting to see our council forging ahead with such a destructive plan for people and planet.”

She said forum members are “deeply concerned” at the impact of the development on the community and “the proven terrible impact of demolition on the climate crisis”.

She added: “Gentrification and displacement will threaten this delicate balance and the whole neighbourhood will suffer.”

She pointed to an alternative design, funded by the Royal Institutions of British Architects, that would retrofit the estate, meet the residents’ brief, and be “massively less expensive whilst keeping the structurally sound core of the existing buildings”.

She went on: “When one in 12 homes in Camden are empty, it does seem a huge waste of public money to spend over half a billion pounds on a new development that only includes an extra 12 social rent homes after replacement, when surely a programme of requisition of empty properties may be more cost-effective?”