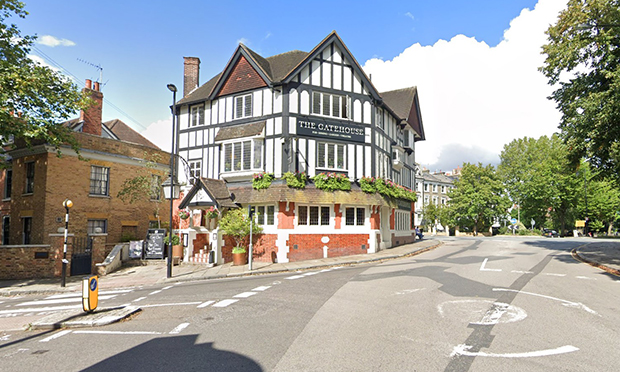 A historic Highgate pub can extend its business into an empty restaurant next door but has been told to have regular meetings with residents who have complained about gardens being used as a toilet.

The Gatehouse asked for a licence for the ground floor restaurant, which was once an All Bar One, on Highgate West  Hill. It will increase the number of diners by 80.

The pub on North Road serves up British food with a Spanish infuence and can already accommodate 120 diners inside, with more seating available outside.

Staff met neighbours earlier in the week and altered the application.

However, seven residents still had concerns and four people told Camden’s licensing panel that noise from the pub garden and rubbish left by revellers, including some who used their gardens as a toilet, have made their lives a misery.

Susan Trackman said: “The garden has caused us a lot of problems and it got so bad we have had to go round and complain.”

Another neighbour, Vicki Lee, said the problems got worse after lockdown as people used the pub garden more.

She explained she could not sleep in her bedroom before 11pm because she was disturbed by noise.

“We get noise twelve hours a day,” she said, and feared exansion into the next door restaurant would mean “all the problems are going to be magnified”.

Caroline Lane said she had the same problem with people using her drive as a toilet.

Malc Heap from Urban, which runs the pub and 36 others, said: “It’s not often people walk straight out of the door and start urinating. We don’t recognise that at all.”

Lane added that bottles and other rubbish have been left in the area and said there was a  lot of noise.

“We don’t want to spend every Saturday night going round and complaining,” she said.

Christina Nolan told the council that “noise from the pub already causes me great inconvenience, making my own garden almost never quiet, and the noise from the pub garden sometimes makes it difficult for me to sleep, and watch television”.

He said pub staff moved people on when they could and said after lockdown people in the area gathered in the Pond Square area and left rubbish. He said the pub took it on themselves to do litter picks.

“Any complaints, we always take them seriously and deal with them straight away,” he added.

Heap said the majority of customers come to enjoy food at the gastropub and the extended restaurant area was not likely to be open most of the week, when demand is lower.

“We hope this adds value to the community, not detracts from it.”

The garden will also have a curfew and will shut at 11pm on Mondays to Saturdays and 10.30pm on Sundays. Staff will also do daily litter picks where customers congregate.

The licensing committee agreed to the licence but imposed new conditions. They said no live or recorded music is allowed in garden and that speakers that are there for background noise must be removed.

Customers can only get table service in the pub garden.

The management team also has to draw up a new dispersal policy and have monthly meetings with residents for six months so they can discuss any concerns.

Planning permission has to be granted for use of the next door restaurant.

← Woman lived in damp-infested council flat for years after ‘failures and delays’ at Town Hall‘I don’t do jobs half-heartedly’: Leader of Camden’s Liberal Democrats to bow out in May →