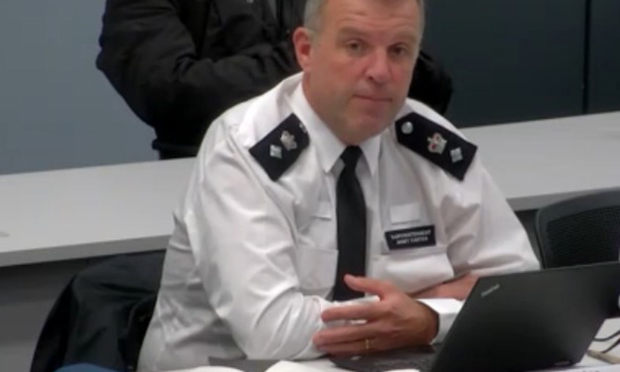 Two of the nation’s drugs hotspots will get extra policing, Camden’s top officer has revealed.

Each of the “town centre” areas will get a team of 25 officers, including one inspector, three sergeants and seven constables working with each sergeant.

The team around Camden Town and Chalk Farm Road is due to start work on 6 December, whilst the southern team at Seven Dials, Tottenham Court Road and Russell Square should start in February.

The culture and environment scrutiny committee heard that police had shut five shops in Camden Town selling bongs and other drugs paraphernalia.

Police said the area has been called the “Amsterdam of the UK”, and there is “a huge demand for drugs in Camden Town”.

However they said if people are openly walking around whilst taking drugs it gave an impression it was tolerated, but said they would take action.

At one time police said there were shops openly selling crack pipes, which they had been doing for years.

They said it was not surprising to find drug dealers nearby if there are shops selling cannabis lollipops, cannabis t -shirts, bongs and crack pipes. They want to challenge that culture “and make it very unacceptable for dugs in all their forms and advertising for drugs”.

The safety of women and girls will be a priority, with zero tolerance to drugs along with other priorities decided by panels of residents.

It comes after women’s safety was highlighted, especially after the murder of Sarah Everard by a serving policeman and Sabina  Nessa, who was killed in a London park. Last month, 37-year-old Nicole Hurley died after she was stabbed in Primrose Hill. A man has been charged with her murder.

Over the last year there were 26,997 crimes reported in Camden, with 8,953 thefts, which saw a significant increase, mainly in public places with a high footfall. Covent Garden saw the highest number of thefts.

Committee councillor Awale Olad has been concerned about the loss of police in his ward of Holborn and Covent Garden, particularly because of its notoriety for drugs.

But he pointed out: “Overnight we lost all our officers down to three. That’s a terrible place to be if you are a local ward councillor and if you live in the area.

“To lose your officers in a place like Seven Dials which is rife for drugs causes a problem for a lot of people.”

He recalled going to a meeting attended by police at Phoenix Gardens – an oasis in the heart of the city.

“We walked out and people were shooting up in front of us.”

Cllr Olad said sometimes residents can’t go to their own homes because of drug deals going on.

He felt there was a real problem with the turnover of officers in Camden. He wanted assurances that the enhanced policing would remain, as he fears they could be removed in 12 to 18 months “and we’re back to square one”.

He said over his 11 years as a councillor, he had seen eight different ward sergeants and six borough commanders.

The new incumbent to the job Chief Supt Carter said: “What you described there is a really ridiculous number of turnover.”

However he said police want to come and work in Camden because of its accessibility and the work there.

“This is a really popular place, because it’s accessible and it’s busy,” he added.

“I’m going to do everything I  possibly can to get some continuity particularly in key roles.”