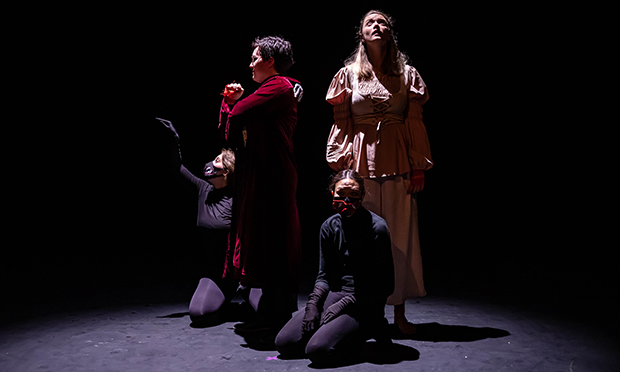 Fester, a new play devised by the Halfpace Theatre Co, had its first outing at the Camden Fringe last weekend.

Directed by Megan Brewer, the 60-minute production draws on the postmodern conceit of author-intervening-as-character to challenge traditional male control of the social narrative.

The cast of five field the drama with a virtually non-existent set at the intimate Cockpit Theatre. Smith’s witty portrayal of the devil ‘Mephisto’ is the stand-out performance, though Juan is also quite convincing as both Faust and the author.

Alternately funny and powerful, the tropes in this story may not be new, but they are given an engaging twist.

← ‘I believe in ghosts, but not the Scooby Doo kind’: When Darkness Falls director on how the spooky new play breaks from traditionHenry Churniavsky, Camden Fringe, stage review: ‘A cleverly layered hour of stand-up’ →