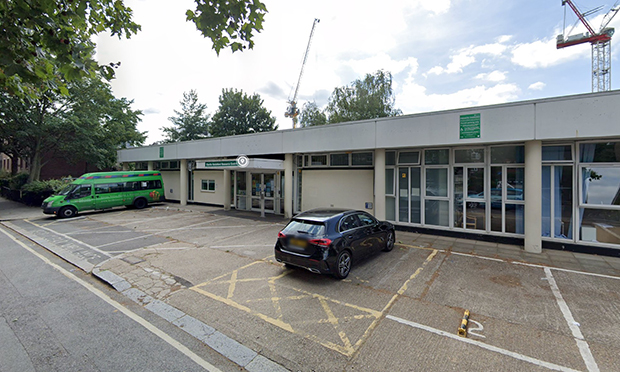 The demolition of a “well-loved” Kentish Town community centre saw criticism from neighbours and councillors this week.

The Charlie Ratchford Centre will be replaced by buildings up to 10 storeys high as part of the Town Hall’s Community Investment Programme (CIP), which aims to make the best use of council property.

However, residents’ group Neighbours of West Kentish Town hit out at the “massive overdevelopment”.

Member David Prince spoke out over the impact on daylight for existing homes, a spike in population density, and the low level of affordable housing for the scheme at 23 per cent.

Cllr Alison Kelly, speaking on behalf of residents, said: “The old Charlie Ratchord centre, while far from iconic, was well-loved and used particularly by older people for social activities.

“It is one-storey, light and airy with an internal garden, surrounded by green space and trees. You might not have noticed it in the past. You’ll certainly notice this proposed building because of its height and bulk.”

Town Hall officers branded the centre “of no particular merit” and raised no objections to its demolition.

Responding to concerns around the level of affordable housing, officers said the scheme is linked to a development across the road for people who need 24-hour care. When taken together, they say, the proposal would provide 50 per cent affordable housing.

Conservative group leader Cllr Oliver Cooper pressed officers on the fact that the new London Plan calls for at least 35 per cent affordable housing on each individual new site.

In response, head of development management Bethany Cullen said: “Cllr Cooper is right, what the London Plan now introduces, [and this] only came in a couple of weeks ago, is trying to ensure you don’t get sites with all private and other sites where you get all your affordable housing, so you aren’t creating single tenure locations or hiving off affordable housing to one part of the borough.

“This London Plan came in a couple of weeks ago, and clearly the decision to put 100 per cent affordable housing on the Crogsland Road [extra care] site was decided a number of years ago.”

All councillors on the planning committee voted in favour of the plans, apart from Cllr Cooper and fellow Conservative Cllr Andrew Parkinson.