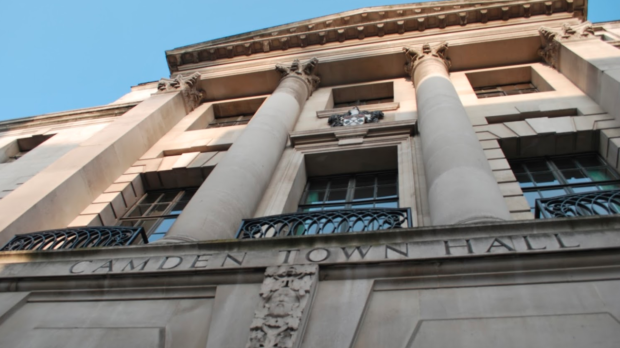 The level of allowances for Camden councillors continues to see a split across party lines at the Town Hall, with Conservative, Liberal Democrat and Green councillors voting against Labour over plans for a pay rise of 2.75 per cent.

The rise, in line with that awarded to council officers, will see the basic allowance for backbenchers rise from £10,505 to £10,795.

The debate over the payments saw accusations of hypocrisy hurled at the Liberal Democrats by Conservative group leader Cllr Oliver Cooper, who pointed to former statements from their group disagreeing with the plans while voting in past meetings for pay increases.

Cllr Cooper said: “I want to make my views clear to the full council and the public. In that meeting, I was the only member of the committee to vote against the recommendations we have in front of us.

“I say that not to persuade anyone here not to vote the way that their parties tell them to vote this time, but to remind people of the solemn duty that we have to represent people through thick and thin, and be responsive to the issues that face us and the evidence in front of us.

“A 2.75 per cent pay increase was indeed agreed over a year ago for members of staff of the council, but since then we have had Covid impact us. We have had the harshest economic environment in this country that we have had in over a decade.

“Inflation is not 2.75 per cent, it is 0.9 per cent. Therefore this recommendation from this administration is to increase members’ allowances three times the rate of inflation. When residents are suffering, I think that is completely unacceptable.”

Responding to Cooper’s charge of hypocrisy, Liberal Democrat group leader Cllr Luisa Porritt confirmed that she had supported an increase in payments last year, but that “circumstances were slightly different then”, with Lib Dem colleague Tom Simon also changing his mind.

Porritt added: “That is perfectly allowable, and in fact I think a good public representative is flexible and open to changing their mind. Maybe the leader of the Conservative group could learn a thing or two from that approach.

“As a group, we had a serious discussion about this, because we understand and appreciate nuance. We understand there is a case for increasing allowances over time, because it is important for underrepresented groups, in particular young people, to become councillors.

“We need to appreciate that this has been an especially hard year for residents and we need to stand with them, when so many are losing their jobs, we don’t think it is right for councillors to start earning more at this time.

“Maybe next year this can be looked at again if, as we all hope, the wider economic picture is better. A one-year freeze in our view is a perfectly reasonable ask.”

Green councillor Sian Berry also spoke out in favour of a freeze in council pay, saying it would be an “act of solidarity” with residents, and echoing Cllr Cooper’s point that while keeping up with inflation was desirable, there had not been an inflation increase in the last year, making such a rise unneccessary.

In response, audit and corporate governance committee chair Cllr Abdul Quadir said that the 2.75 per cent increase reflects the cost of living, rather than inflation rises.

Other Labour councillors spoke up in defence of the policy, with Cllr Lazzaro Pietragnoli pointing to the fact that an independent authority decides MPs allowances, and councillors being able to decide their own means that “whatever we do will set up political controversy”.

All Liberal Democrat, Green and Conservative councillors present voted against the proposals, except Conservative Cllr Gio Spinella, who abstained.

He added: “In order to avoid this, two years ago we decided to introduce some sort of automatic mechanism and a fairer system. The first point was to refer to an independent panel for the remuneration of councillors, and all allowances are within the thresholds of that independent panel.

“I don’t think any of us in this room from Labour or the opposition parties are here to make money, and I think it is unfair to say we are going to fill our boots from increasing the allowances.

“It would be possibly more lucrative to go busking in front of Camden tube station than to go through all the process to be selected, elected, represent our constituents, to do surgeries, to do all the work that we all do as councillors.

“Every time I say I’m a local councillor and say that we get less than £1,000 per month, everyone says for the amount of work you do, this is not fair. Cllr Cooper should spare us the rage of defending the poorest residents  in the borough by opposing the rate of allowances for councillors, as it sounds a bit sanctimonious. We have just approved a budget that is in support of the most vulnerable residents in our borough.”

Confirming the policy, Cllr Quadir said: “The committee had a thorough debate over the members’ allowance scheme, and a wide range of views were expressed by members. This time it was felt that the appropriate course of action was to allow the existing policy position, to increase members’ allowances.

“The reason we did a detailed review in 2019 of allowances was to reflect that allowance had fallen significantly behind both independent recommendations and other London boroughs, and having a clear and fair mechanism by which allowances increased annually was one of the key outcomes from that review.

“Increasing allowances in line with officers’ pay is the independent recommendation, and this time there is no reason why we should not continue with the policy, which was only relatively recently agreed.”