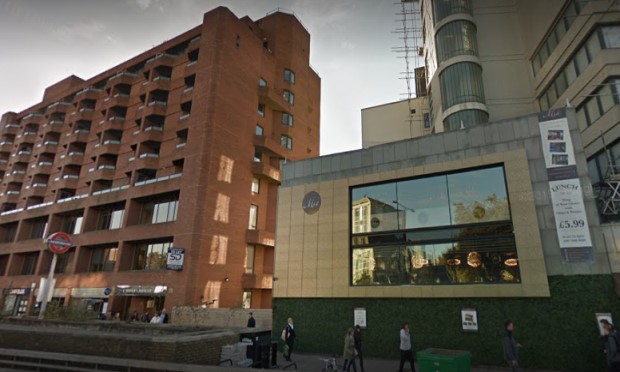 Residents already up in arms over nuisance caused on their doorsteps by Deliveroo kitchens have expressed vexation at an application by a Swiss Cottage restaurant to sell alcohol online.

Camden Council is currently in a legal battle with the food delivery giant over its occupation of a former warehouse on Finchley Road out of which it operates its Editions kitchens concepts, the noise and smell of which neighbours have condemned.

However, residents associations at Cresta House and Centre Heights have now reacted with dismay to Lebanese restaurant Mia’s application to offer online sales of its drinks.

One objector said: “We have already been heavily impacted by Mia and Deliveroo. There has been a significant and noticeable increase in congestion over the last couple of years just outside our building on Finchley Road.

“This new proposal to sell and deliver to online customers will add to this congestion and also increase noise levels. Furthermore, I question whether or not Camden Council has the resources to deal with the extra commercial waste that will be produced as it already consistently builds up on the sidewalk.”

Another objector added that the amount of pollution which further deliveries would bring would be “unacceptable”, with Cresta House Residents’ Association saying: “Motorbike riders and/or car drivers will be essential to the delivery of Mia’s off site alcohol sales. They will need to be on or nearby the premises while they wait for orders.”

The association called on Mia to provide details as to how any delivery riders would be managed, where they would congregate and where vehicles would be parked.

A result on Deliveroo’s appeal to continue maintaining their Editions premises in the area is expected in June.

A representative for Mia, which opened in 2016 serving home-style Lebanese cuisine, said: “As the off sales are limited to being online purchases, the addition of off sales will have no impact on the number and type of customers that already attend the premises.

“It will simply add a further dimension to the offering at the premises to the wider community, which is already governed by, and operated to, stringent licence conditions.

“As such, the Applicant respectfully submits that the variation sought will not adversely impact the licensing objectives and is an application suitable for grant.”