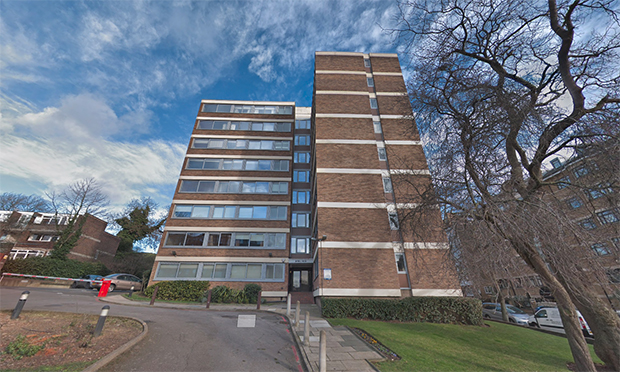 Leaseholders at a Primrose Hill estate have won a fight against developers after plans to build an extension to their block were voted down by the council.

Opponents had raised concerns about how the proposals would affect vulnerable residents.

The plans included digging underneath an existing car park and constructing a new building, which in some places would have been five storeys high.

In the run up to the decision, residents expressed fears over how disruption caused by the building works could impact elderly and disabled residents and leaseholders suffering with medical issues.

Occupants were also worried about the planned removal of a window which would result in the loss of direct sunlight in the hallways of the block.

Calls for the rehousing of residents who would be disproportionately affected by the works were deemed “disproportionate in the circumstances” by planning officers, and it was ruled that there was no requirement to provide affordable housing on-site.

Victory for Swiss Cottage! 🎉 Barrie House planning application turned down by Camden’s planning committee on a 4-3 vote. Nine luxury flats that our area didn’t need or want. Grateful to the committee for the consideration they gave to the welfare of existing residents. https://t.co/akYkFE68NP

Ahead of the vote, the council’s planning department recommended the scheme be approved and insisted that the designs complied with regulations.

Bethany Cullen, head of development management at Camden Council, said at the meeting: “All of the analysis that has been carried out shows that this property will not be affected and there is no breach of the guidelines that we have and the policies that we have.”

But the committee rejected the plans by four votes to three.

Cllr Andrew Parkinson, who turned down the proposals, expressed concerns around how close the new building would be to the existing block.

He said it would give an increased sense of enclosure and impact the outlook for the occupants of Barrie House.

Alain Gherson, who has owned a flat in Barrie House since 2013, expressed his relief at the council “seeing sense”.

He told the Citizen: “It is relief all round for all of us. It was something that just had to be stopped, it just wasn’t right.”

Gherson, who suffers from various health issues, was greatly stressed by the prospect of the plans, which he says he was not given enough information about during negotiations.

He added: “The disruption would have caused me a great deal of angst. It is supposed to be a place to be tranquil and feel safe and I wasn’t feeling safe.”

He also expressed his thanks for the support the community received from local councillor Leo Cassarani: “We are very grateful. He has been a staunch supporter.”

Gherson says he doubts this will be the end of the plans, and thinks it likely that freeholder Robert Morley will appeal the decision or put forward alternative proposals.

Cllr Cassarani expressed his reaction to the committee’s decision on Twitter, saying: “Barrie House planning application turned down by Camden’s planning committee on a 4-3 vote.

“Nine luxury flats that our area didn’t need or want. Grateful to the committee for the consideration they gave to the welfare of existing residents.”