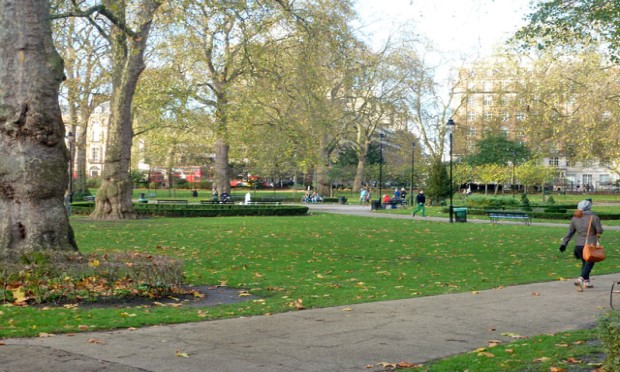 The Evening Standard has been given a licence to use Russell Square in summer 2019 for a festival celebrating London’s culture, but is facing significant opposition from residents’ groups in the area.

Love London is envisaged as a 10-day event by ESI Live, the Evening Standard and Independent’s live events division, and is desiged with a capacity of just under 5,000 people.

However, residents concerned at the festival’s impact on the area made a show of significant solidarity against the event at a 22 November meeting of Camden’s licensing panel.

David Marchant, treasurer of the Russell Square Commissioners, informed listeners that a committee made up of representatives of Bedford Estates, the British Museum, London University, SOAS, the Imperial Hotel and residents of Russell Square were in unanimous opposition to the Evening Standard‘s proposals.

Leigh Fergus, managing director of ESI Live, said: “We’re incredibly passionate about live events. Next year we’re looking to do a project called Love London, which is about celebrating the best of culture and arts that London has to offer.

“When we were in the initial stages of this, we were thinking of different areas of London which reflected arts and culture, and Camden was one of the areas which was really high on that list.

“The programme will cover comedy, film, theatre, musicals, and dance. We really think Camden will be a good place to host it, and look forward to hopefully doing it with a peaceful solution to the objections that we have.”

Love London is intended to form part of the council’s Camden Alive program, which aims to celebrate Camden’s history and diversity.

The Town Hall announced the launch of the progamme on 22 November, which will aim to give residents the chance to tell stories using augmented reality technology, alongside artists and cultural organisations, building a “virtual Camden People’s Museum of stories.”

Speaking after the meeting, resident Ricci de Freitas stated that residents knew that they would lose the battle of the licensing application, but intended to continue their efforts to block the plans.

De Freitas said: “The site is unsuitable. Camden have clearly invited these people in to use this heritage site in the heart of Bloomsbury, when in fact Camden’s arts hub is Camden Town, everybody knows that.

“There’s been no permission granted from the landowners, the Commissioners of Russell Square, and therefore they are riding roughshod over both local community views and the concerns that we have over the gardens.

“The gardens will be damaged and out of use by the community for a long time. They should be putting the community’s needs first, and this doesn’t.”

De Freitas added that, according to the commissioners’ reading of the lease of Russell Square Gardens, which also receives National Lottery funding, the gardens must be open for the use of the public the year round.

Marchant added: “Camden does not own the square. Almost without exception, local people are absolutely horrified to lose what is a very important green space.

“It’s a public open space, not a locked-off venue that the council can raise huge amounts of money off.