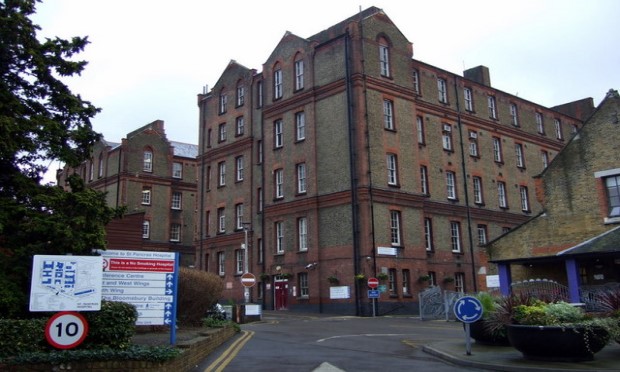 Campaigners and councillors have joined forces to call for more beds for mental health patients in plans to transform care in Camden and Islington.

Its plan is based on a consultation on how to best deliver changes in tandem with the proposed redevelopment of St Pancras Hospital.

However, campaigners at the meeting voiced concern at some of the assumptions made about the number of beds being offered .

Mental health carer Peter Lyons said: “[CIFT]’s reponse to comments that only one new bed will come out of their proposals needs to be looked at again.

“The assertion that the requirement for more in-patient/acute beds can be met by community-based services flies in the face of experience.

“I could introduce you to at least half a dozen people who look after relatives because they can’t be looked after by anybody else.

“When they die, there’s nobody there who is going to be looking after them.

“So when you say, we don’t need to have any more beds because it’s all going to be looked after in the community, you’re not facing the truth.

“There is no provision for people who are up to 55 years old being looked after by their parents, who when they die, they have no other relatives.

“To say we don’t need any more beds because of improved caring capacity, this doesn’t work for those people. You need to have more beds.”

Christopher Mason, editor of the Mental Health newsletter, added: “If you’ve got an extra 1,000,000 people coming into London over the next decade, there are going to be some people who will have psychoses, and they will need beds. So, it’s a fog.”

CIFT state in a consultation document that the aim of the current proposal is to “strengthen current services” and that an analysis on the number of inpatient beds needed by service users up to 2025 gives them confidence that there will not be an increase in demand.

Dr Vincent Kircher, CIFT’s clinical director, said: “I do have quite a strong view on this. I really, really want to do something good for mental health services.

“I am confident that if we have a strong community offer we can support more people at home, which is where they want to be.

“Only a very small amount of people want to be admitted.”

Referring to the redevelopment of the site itself, Dr Kircher said: “There’s a thing about ‘Are you selling off the family silver?’.

“We are investing, and building a new hospital – we’re not just selling and getting rid of assets. We are trying to create something new.

“People think the family silver is something neutral. It isn’t – it costs an enormous amount of money to maintain.”

The existing facilities at the site were characterised as “not fit for purpose” in an almost unanimous agreement by participants of a Healthwatch Camden survey carried out between February and March of this year.

CIFT’s proposals in their current form suggest a transfer of St Pancras’ existing 84 inpatient beds to a new purpose-built facility next to the Whittington Hospital, as well as a £40 million investment into two new “hubs” for the delivery of community services.

The consultation also refers to a potential redevelopment of St Pancras Hospital to make up for a current £82.5 million funding shortfall for the plans, with 2.4 acres of the current hospital given over to new housing, half of which would  be “affordable housing, including homes at genuinely affordable social rents and for key workers in the public sector”.

Cllr Alison Kelly (Lab, Haverstock), chair of the health and adult social care scrutiny committee, echoed campaigners’ concerns over bed numbers, saying: “Our recommendation is that the number of beds actually meets current and future needs, and that the ambition is that people never get sent outside the area for residential and non-residential services.”

Cllr Kelly also raised concerns over the proposed placement of a community hub on Greenland Road near Camden Town station, pointing to a high level of drug use and criminal activity in the area, and recommended CIFT go “back to the drawing board” in choosing its Camden site.

She also voiced “disappointment” that conversations around the proposed redevelopment of St Pancras Hospital were being had with private developers, rather than with Camden Council’s own Community Investment Programme.

This article was edited at 16:52 on 11 October. The concerns raised by Cllr Alison Kelly were misattributed in the original text to Cheryl Hardman, principal committee officer.