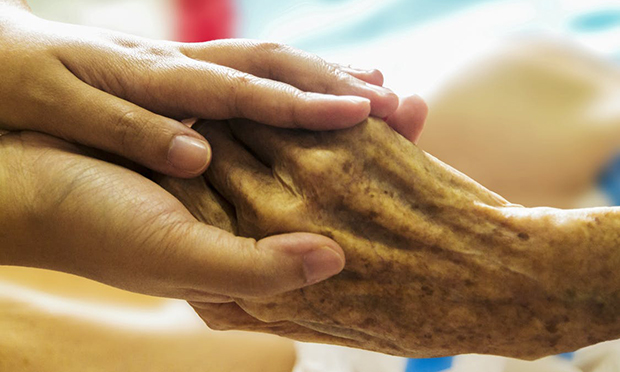 Camden is predicting a huge increase in over-75s over the next decade. Photograph: Pexels

Extra cash is needed to address the “chronic underfunding” of social care in the borough, Camden Council has warned the government.

At the full council meeting on Monday evening (16 July), councillors passed a motion calling on the government to increase funds for social care in the next spending review in Autumn and to publish the green paper on social care “without further delay.”

The much-anticipated green paper on social care is due to be published in Autumn, despite the government originally promising to unveil it before last year’s general election.

The paper will lay out the government’s plans for improving care and support for older people in the face of the challenges presented by an ageing population.

Cllr Nazma Rahman (Labour), who tabled the motion, said: “There are more people needing social care in the borough each month, but without extra funds we have much smaller budgets to look after more people.”

Cllr Rahman added: “The Prime Minister has stated there won’t be any additional funds for adult social care until after the spending review in 2020.

“Yet the government has the money to shower on Donald Trump, rolling out the red carpet and throwing millions of pounds on him, where this money could have been spent on funding local government properly.”

Funding for social care, child protection, helping the homeless and public health is set to by £8 billion across the UK by 2025, according to figures released by the Local Government Association earlier this month.

Cllr Rahman asked the Camden Conservative councillors at the meeting whether they would challenge the government over social care funding.

In response, Cllr Maria Higson (Conservative), who is an NHS governor, tabled an amendment to the motion which removed the mention of urging the government to speed up the publication of the green paper on social care.

However, the proposed amendment still called on the government to increase urgently the funds for social care in the next spending review.

Cllr Higson said: “The health funding landscape has changed dramatically and yet to rush out the social care green paper right now would not allow NHS staff to consider how best to use this funding.”

“Labour’s motion dismisses the importance of carefully planning the integration of health and social care. Yet Camden’s own joint health and well being strategy says that integration is the key theme running through the strategy.

“We propose out amendment to refocus integrating health and social care- and ultimately to put our residents and patients first.”

In response Cllr Danny Beales (Labour) said: “You keep saying there’s an integration strategy that’s coming down the line and it will all be ok, but it’s a botch job.

“The government’s social care strategy will not deliver the intergration we need to see, it will only get us a few years down the line.”

However, Camden Liberal Democrats supported both the motion and the amendment, with Cllr Flick Rea (Lib Dem) describing them as “both perfectly reasonable”.

“You could put the two together and create a perfectly good motion that everyone across this chamber could agree with.”

The original motion was passed, with the backing of all Labour, Lib Dem and Green councillors in the chamber.

Only the Conservative and Lib Dem councillors backed the amendment to the motion.