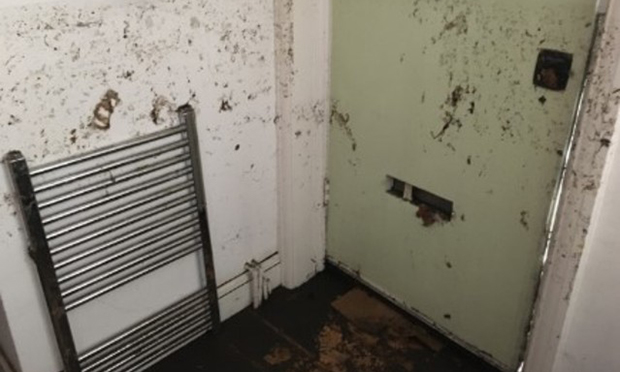 Residents affected by the devastating flash floods in Camden are sharing guidance on how to protect their homes.

It followed flooding in July 2021 that affected at least 135 Camden homes – destroying property and forcing some residents to live in temporary accommodation for months.

One resident was rescued by neighbours after rising water blocked his escape.

The flood came on the back of the fifth wettest three-month period for 130 years, which meant the ground was already saturated.

A report on the disaster for Camden Council warned that there was limited warning of the flood and recommended training volunteer wardens, developing a “flood action toolkit” with details of who to contact, setting up buddy systems, and identifying vulnerable residents.

A City Hall review of the floods cautioned that they are likely to become more frequent because of climate change and said more needs to be done to prevent them.

The experts from Warwick York looked at eight homes in Camden which were flooded, some with as much as 1.5 metres of water, to come up with some advice for residents.

Measures could include fitting door barriers and pumps.

The average cost of repairing flood damage can be £30,000.

Flood protection expert Laurence Waterhouse said the areas that were flooded also suffered problems in 1975 and 2002.

His report states: “With climate change predicted to bring even more extreme rainstorms, urgent action must be taken to prevent more extensive and drastic flooding.

“Thames Water needs to significantly enlarge and improve the drainage in South Hampstead and in the streets that lead down to it from Hampstead.”

He advised of “the importance of anyone in a basement flat having a secondary escape route if flooding prevents them getting out”.

Some homes were converted before a secondary escape became law.

“It seems like an obvious measure, but sewer systems can clog up with household waste, debris, sediment, tree roots and leaves,” he explained.

He also urged people to “love your loo” and only put wastewater, toilet tissue and human waste down the toilet, pointing out that wet wipes and sanitary items “contribute to the most troublesome blockages in our sewer network”.

He added: “Be keen to keep your front garden green. Think before deciding to pave over your front garden, or if you have done this already ensure it has effective drainage. Concrete is not permeable. It does not absorb rainwater. It blocks it and redirects it to the drainage systems which, in turn, often become clogged.”

People are advised to take independent advice for their specific properties and to draw up a flood action plan.

It wants the council to have more power to stop people paving over gardens and, if there was sufficient warning of heavy rain, to clean out gullies to help water drain away.

← ¿Rob or Rose?, Camden Fringe, stage review: ‘Bouncy dialogue and an ever-shifting narrative’Georgian townhouse on Tottenham Street to be demolished despite concerns over loss of heritage →