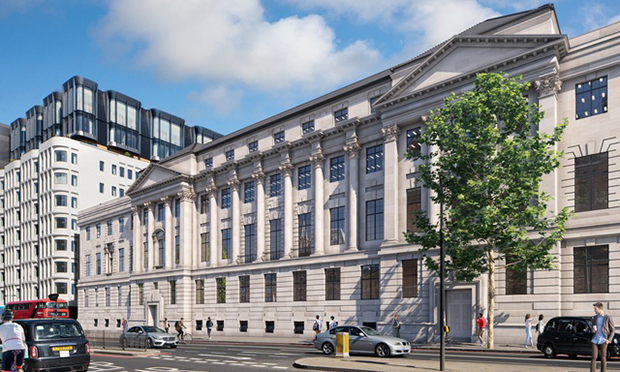 Politicians have called for transport bosses to tweak a ban on traffic during school drop-off and collection times over concerns for elderly and disabled residents.

Conservative councillors asked for a rethink of the school streets scheme around five schools as the trial period draws to a close.

Adam Harrison, the cabinet member for sustainability, agreed to make the trial scheme permanent and remove the exclusion for electric vehicles.

It aims to improve air quality and cut down on traffic at the start and end of the school day.

It was called in by Conservative councillors Steve Adams, Oliver Cooper, Andrew Parkinson, and Gio Spinella.

They said taxis and private hire vehicles should be allowed to come into the area to collect residents and drop them off, adding: “This would almost exclusively benefit older and disabled residents, who would otherwise be detrimentally affected.”

They pointed out that because of the high cost of taxis they would be mainly used by residents who are unable to get to public transport stops.

The councillors also said electric vehicles should be exempt from the restrictions.

Jenny White from the Netherhall Neighbourhood Association said she heard that a resident had to delay a funeral because of the restrictions.

“Elderly and disabled people feel confined to their homes because they can’t get their friends round even when they are unwell or bereaved,” she said.

She added that the top part of Netherhall Gardens is very steep for people with difficulty walking, making it difficult for some to get to a bus stop or Tube.

She said the equality impact assessment was “inadequate”.

The council said it consulted disability groups and said people could apply for exemptions for urgent needs. However it did not want a blanket taxi exemption.

Residents have to send in the taxi registration number to the council to get a PCN (penalty charge notice) cancelled or the taxi firm has to appeal the decision.

The councillors requesting a call-in said this is “not satisfactory, as it places the burden on residents who would likely be primarily elderly and both less eager and less able to challenge a decision”.

Committee chair Awale Olad said the area would get a reputation for Ubers refusing to go there – the council said that’s why it recommended residents sending in their taxi details.

Camden launched the healthy school streets scheme in 2016 and there are now 21 areas where traffic is controlled at school times – 15 of them brought in during the pandemic.

One pupil told a coucil survey that “there used to be a lot of pollution, playing outside sometimes you could smell the carbon, that is not a problem
anymore, it’s really nice, you feel the air is normal”.

Francesca Agostini from Green School Runs said allowing electric vehicles in the area would “significantly” limit the benefits but wanted to see electric taxis allowed to pick up residents.

Resident Alessandra Giuliani walks her children to school and said she noticed” a marked reduction in traffic, a reduction in dangerous manoeuvres by cars navigating narrow and busy roads” aloong with reduced parkking on yellow lines.

She said other benefits include better air quality and more children cycling to school.

The council said the traffic dropped by 21 per cent during the morning and 17 per cent in the afternoon between September 2020 and June 2021.

The culture and environment scrutiny committee asked for reassurance that residents can apply for exemptions and wanted to be sure it is seamless.

Officers said Transport for London advised minimal exemptions to limit the number of cars using the area when pupils are using the streets to ensure the scheme is a success.

The scrutiny committee approved Cllr Harrison’s decision. It ruled out suggesting that he makes a different decision or refers it to full council for debate.