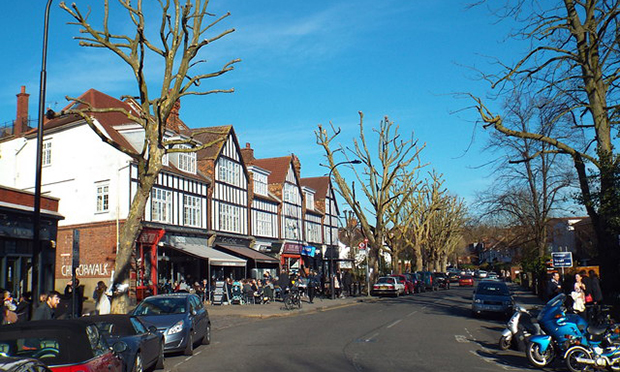 The Town Hall is being warned that changes to road lay-out at Swain’s Lane has led to “an enormous amount of additional traffic” ending up in Highgate Village, according to residents.

The ban on right turns onto South Grove and Bisham Gardens has left locals rat-running through Highgate Village itself and has “turned quiet roads into arterial roads”, according to local Edward Stanners, who presented a deputation calling for the policy to be reversed at a council meeting last night.

Residents have also protested the implementation of the scheme through experimental traffic orders, saying that it has left them feeling “not listened to”, with Stanners now calling for a full impact analysis and consultation, review of the effects of the scheme, and reversal if necessary.

Stanners added: “We hope to persuade [councillors] to abandon the scheme and go back to a full system of consultation. As far as we know, none of our households were consulted on this scheme, despite Highgate having two well-established residents’ associations.

“Swain’s Lane is used by vehicles as a rat-run, but allows the residents who live on the lane itself and on Bisham Gardens to access their homes.

“Covid distancing has become no easier as a result of these measures. Vehicles can no longer turn into Bisham Gardens or South Grove, meaning they are obliged to go into Pond Square, the pedestrian hub of Highgate, where many of our citizens cross to go to shops or catch the bus.

“We have calculated that the additional mileage that cars have to do as a result of this scheme is the equivalent of between six and twelve brand new cars being put on the road.

“The scheme is endangering the lives of both Highgate residents and its many visitors. The risk to life, limb and the lungs of those who work, live and relax near the square far outweigh the very arguable benefit brought to the relatively few Swain’s Lane pedestrians.”

Stanners added his agreement that car use must be brought down, but asked only for the scheme to be “rethought with full and fair consultation”.

According to council environment chief Cllr Adam Harrison, the average week day saw 1,900 vehicles on Swain’s Lane before the changes, which has dropped to 1,100 since the scheme went in.

Local ward councillor Anna Wright called on Harrison for the council to communicate clearly with residents the opportunities for sharing feedback on schemes as well as the opportunity for full consultation at conclusion of the experimental changes with opportunity for “tweaks”, keeping the alterations permanent if residents feel the benefits.

Wright added: “As one of the ward councillors, I’m very aware of strong feelings on this issue. Views do seem to be very mixed. One of the things that I hope is of potential benefit of these experimental traffic orders is that they are indeed experiments, and should be treated as such.”

Green Cllr Sian Berry, also a ward councillor, joined Wright in stressing the scope for changes within the experimental period, adding: “I hope that [deputees] do agree that it is a rat run, that the pavements are too narrow for them to be used for social distancing, and that the road is supposed to be freed up by these measures for all of it to be used for walking and for the cars to be removed.

“If that goal is not being achieved by the current signage, we would really welcome suggestions as to how to get better compliance. The goal of the scheme is not for drivers to circle round the village, but for people to use one of the two other roads up to the village instead.”

Stanners agreed with Berry that Swain’s Lane is a rat run with pavements that are too narrow, pointing to chicanes as a possible solution, which he said would significantly reduce traffic volumes without harming the wellbeing of the neighbourhood.

Fellow deputee Neil Perkins said: “I have personally seen countless examples of very near misses where pedestrians have had to take evasive action. I have lived here for thirty odd years, and the traffic has not reduced. All of that traffic that cannot turn right is squeezing into Pond Square.

“The emissions are being increased, pedestrians are at constant risk – this is literally suffocating Highgate, and it is a disaster. There is a serious risk to life here of this scheme right now. It needs to be abandoned, the two no-right turn signs need to be taken away right now, and proper consultation needs to take place.”

Cllr Harrison said: “All on-the-ground observations have been very helpful to us in making changes. The goal is to combat rat-running. Swain’s Lane is narrow. There is a nursery right at the top, which is an under-made point.

“We have had clear instructions from the DfT and the Mayor of London to be averting a rise in car use during Covid. We do want to spare local communities from the impact of increased cars on roads and encouraging people to use alternative, greener and healthier means.

“There has been a reduction in traffic on Swain’s Lane, which is in contrast to other parts of the borough where levels are in some places have breached pre-Covid levels. What’s happening in Swain’s Lane is the opposite to what is happening in other places, in all likelihood because of the measures that have been taken.

“There was a lot of traffic going through the village before, and there is actually less now. I’m very happy to keep working with the community on this.”