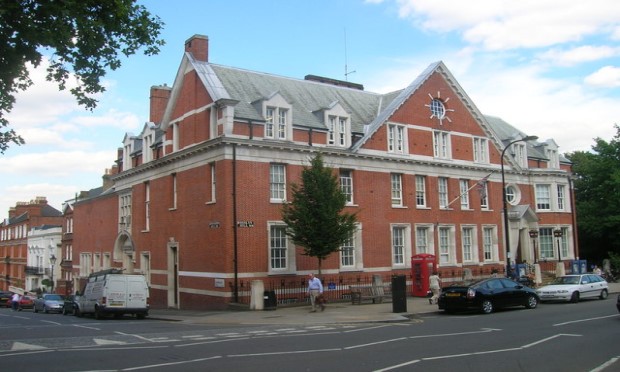 Camden Council is set to decide on whether to turn the former Hampstead Police Station into a school, having rejected similar plans in 2016.

The Abacus School applied to relocate into the currently-vacant Downshire Hill site back in 2016, bringing 420 pupils with it, but was rejected for a number of reasons by councillors, including impacts on conservation and design, transport, air quality, and trees.

Now that Abacus is trying again, this time with a scheme for 210 students, the plans have attracted widespread notice, with just under 600 people writing in, with 204 objecting and 391 in support.

Councillors themselves are also divided on the plans, with the Conservatives writing against the plans whilst the Liberal Democrats voicing their support.

Cllr Maria Higson (Con, Hampstead Town), said: “Whilst Abacus is an excellent school, a more appropriate site should be found.

“[The] distance from the catchment area and gradient make it extremely likely that some parents (particularly of smaller children) will drive. The local area already suffers from congestion.”

Cllr Higson went on to underline the widely-reported surplus in primary school places in the borough, with objectors claiming another school in the area could impact on other institutions already struggling to fill places.

The Conservative councillor’s points have been echoed by two other primary schools in the area, New End and Rosary Catholic Primary Schools, both of whom oppose the arrival of Abacus, alongside ten other residents’ groups and associations.

The board of governors at New End have said: “New End Primary School has significant issues with parents driving despite [our] best efforts.

“[It is] unrealistic that Abacus will be different. Bad weather, moving house or
lateness may lead to parents driving.

“[There are] Currently 79 unfilled places at New End Primary School. There has been a reduction in children in the area since the previous application, the number of unfilled places expected to increase,the birth rate is falling, [and there is] currently significant capacity.”

New End added that Abacus, which is part of academy trust CfBT and is currently located on Camley Street in Belsize, will have an “unfair advantage on local under-funded schools with income from business space.”

Nearby GP practice Keats Group have also objected on grounds of air quality, citing the “enormous negative impact” that further air pollution will have on its patients, and pointing out that the National Institute for Clinical Excellence has called for no new schools to be built on main roads.

Departments within the council have also cautioned against the school being any larger than one form of entry, pointing to the “rapidly increasing surplus” of school places, hitting 17 per cent in 2018/19 from three per cent the year before.

Liberal Democrat councillors, including Cllr and MEP Luisa Porritt, have spoken out in support of the plans, saying: “Belsize had an acute shortage of primary school spaces when the Abacus project started and the Belsize ward had no spaces. All schools in immediate vicinity are faith schools.

“Abacus is a thriving, popular, ‘outstanding’ 1FE school. [The] school needs a permanent home. There are no alternative sites, the area has been scoured.

“Funding issues for other local schools are not because of Abacus but because of insufficient government funding.”

CfBt Schools trust, of which Abacus is a part, also wrote in support of the plans, describing Abacus as “highly efficient, popular, successful…and an asset to the community,” adding: “What should happen to police station – nothing? Luxury flats?”

London architect John Dixon Butler designed Hampstead Police station at the turn of the 20th century, with it considered a “particularly handsome” example of his work in the Arts and Crafts neo-Baroque style by council officers.

The station has been vacant for six years.

The Town Hall’s planning department have stressed that the need for the school in the area is not a planning consideration, highlighting the benefits that bringing the building back into public and civic use would bring.

Camden planning officers said: “The police will not re-occupy the building and there is no realistic prospect of keeping the building in the use for which it was constructed.

“Officers are of the opinion that a school would be an appropriate new use and these proposed changes, in line with a school use, are likely to be the most reasonable and appropriate.

“Officers consider that residential use would involve a host of more harmful interventions and fundamentally alter the character from institutional withsome public access to a closed and private use.”