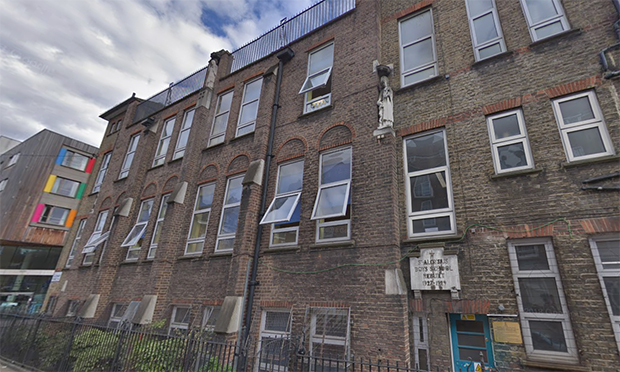 Camden’s families chief has confirmed the final decision to close St Aloysius School, whose governors have announced an “unsustainable” predicted hole in its finances of over £2m.

Cllr Angela Mason, cabinet member for best start for children and families, held a meeting on 18 July to consider the proposal to close the school as part of her “single member decision”.

Such final decisions are not normally held in public, with Cllr Mason opening up proceedings in reflection of the seriousness of the school’s closure.

Cllr Mason said: “My view, which I come to with some regret, is that I accept the proposal of the governors to close St Aloysius Primary School.

“I think the evidence tells us that real efforts have been made to save the school, and it has been overwhelmed by a number of factors, particularly the fall in school enrolments, which clearly make it financially unviable. I am satisfied that it is not a viable option to save the school.

“I would like to record my thanks to all the teachers at the school, the governors, and the diocese, for all the efforts they have made for many years to make this a school which many parents regard with pride.”

Dismay was expressed at the meeting by those opposing the closure at the changes occurring in Somers Town represented by St Aloysius’ situation, with St Pancras & Somers Town ward councillor Paul Tomlinson observing that the decision is “hard to reconcile” with plans for significant development nearby.

Resident Esther Leslie said: “This issue affects Somers Town, and I think I speak for many when I say we have lost all hope in Somers Town.

“The last years have seen only broken promises, shifting goalposts, the trauma of demolition and closure, all of which fuel an increasing sense that the people of Somers Town are in the way of something bigger, better and shinier.

“We feel that a new clearance is under way, as the new flat whiters surge through the green trails of the estates, an embodiment of the networks they run for themselves.

“The loss of a school at the heart of the community makes it feel its future has been mortgaged. In this case we have a circumstance where we are told the population of Somers Town is set to grow by approximately 47 per cent in the next nine years.

“Somers Town wants a boldness that honours our history and heritage which established a well-provisioned community where the detail of working people’s lives was not an afterthought, but a driving force.”

According to Margaret Harvey, St Aloysius’ chair of governors, over 60 per cent of the school’s places were unfilled before April 2019, with only 15 applications made for its 60 places in recent months.

The school’s funds have seen a significant downturn over the past two years, with the school reserve revenue budget in 2017/18 standing at £206,620.

Within one financial year, the remaining budget was just over £7,000 due to “escalating costs and diminishing income”, with forecast deficit for the school by the end of 2021/22 ballooning to just over £2m.

On top of the deficit, Harvey added that the school also needs millions in investment into the buildings and classrooms, which capital funds are “not available”.

Harvey said: “Without an increase in the number of pupils and without the investment the school needs, it simply isn’t possible to keep the school open.

“Sadly, the governing body has had to conclude that we have no option but to seek closure.”

It is understood that places in other schools have now been offered to all but 16 children. Of those children with SEND at St Aloysius, all but three have been offered places, with Town Hall officers “confident” that they will be successfully placed soon.

The closure of St Aloysius was characterised as part of “severe challenges” faced by Catholic education by JP Morrison, Director of Education for the Catholic Diocese of Westminster.

According to Morrison, Catholic education is experiencing “severe challenges”, and not just in Camden, as it copes with the impact of Brexit on the Catholic community, with many families in Catholic schools originating in Eastern Europe.

The education director also pointed to an “acute saturation” of school places in London making it hard for the Diocese to compete.

It was revealed that a scaled back St Aloysius with one form of entry operating from a single site had been considered by the church, but Morrison confirmed that the Diocese was “not able” to make the “significant capital investment” required for such a move.

Morrison said: “It has become apparent that there are just not sufficient numbers of school age children to justify keeping the school.

“The decision of the governors has not been made lightly or in haste. It has come after several years of discussion with the diocese and the local authority, considering alternative ways to keep the school open.

“The diocese is totally dependent on state funding, and as the government has maintained a 50 per cent Faith Cap on admissions, we are unable to open new schools at this time.”