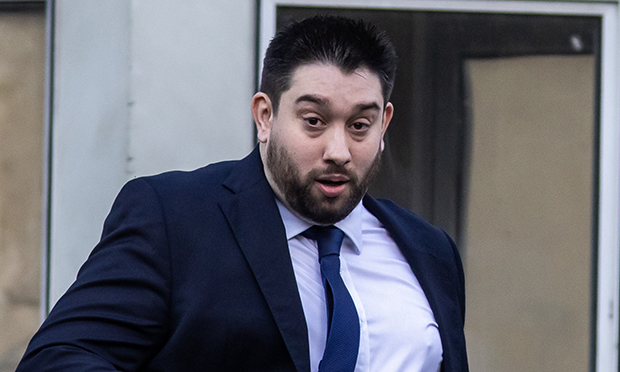 Police found films of children as young as eight being assaulted on Ralph Harper’s laptop after his home was raided in November.

The majority of the videos were classed as “category A”, the most serious abuse of children.

Harper, of Stratford, Newham, was a junior doctor at Great Ormond Street from September 2016 to March 2017.

He then moved to the neonatal department at St Mary’s hospital, before taking a job at the UCL Great Ormond Street Institute of Child Health where he worked at the time of his arrest.

During sentencing at Snaresbrook crown court yesterday, Judge John Lafferty said it was “worrying” that Harper had sought out a career in children’s medicine.

He said: “These images can only be created by the abuse of children. From your medical background you would know better than anyone the trauma children can suffer from this kind of abuse. The fact you were seeking a career in paediatrics is a very worrying aspect of this case.”

A spokeswoman for Great Ormond Street Hospital (Gosh) said Harper “passed all necessary pre-employment checks” and there were no complaints made against him.

A UCL spokesman said Harper’s background was “thoroughly checked” before he started at the Institute of Child Health and he was sacked after his arrest.

A spokesman for Imperial College Healthcare NHS Trust, which runs St Mary’s hospital, added: “Harper was employed as a junior doctor from March to September 2017.

“There were no complaints made against him while he was working at the Trust.”

The court heard Harper is being helped by the Lucy Faithfull Foundation, a charity dedicated to preventing child sexual abuse. He has no previous convictions.

He was given an eight-month sentence suspended for 16 months, 150 hours of community service and ordered to pay £690 in fines and costs after admitting three counts of downloading indecent images of a child, made up of 21 category A, nine category B and six category C videos.

He must undergo 60 days of rehabilitation and sign the sex offenders register for 10 years.

The General Medical Council suspended Harper’s licence to practice medicine at a hearing last month pending its own investigation.

Olivia Ball, from the CPS, said: “Harper broke the law by downloading illegal images of children. As a qualified junior doctor in the paediatric sphere his conduct was particularly worrying.

“He will now have to accept the consequences of his actions in regards to future employment in the medical profession.

“The CPS will continue to work with the police and other partners to prosecute those who fuel the sexual exploitation of children in this way.”