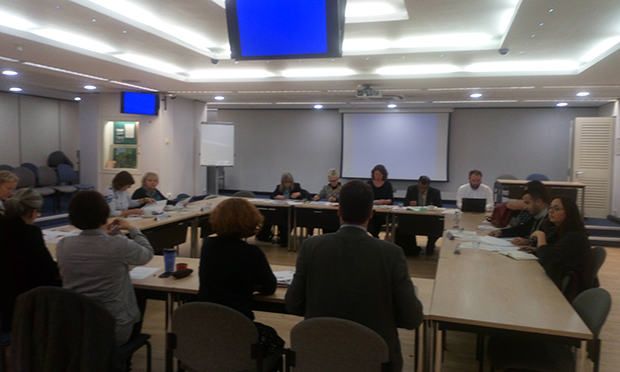 A “democratic deficit” within the NHS has been slammed by councillors seeking information on how gains from the health service’s sales of buildings land have been spent in North Central London.

Cllr Alison Kelly (Lab, Haverstock), had asked North London Partners in Health and Care (NLP), the partnership of health organisations covering Barnet, Camden, Enfield, Haringey and Islington, to provide information on how the sell-off cash is used to underwrite revenue across the five boroughs.

Cllr Kelly was left “none the wiser” by NLP’s response, which provided only a breakdown of the £102.8m gained by sales in 2017/18 by NHS trust, rather than how that £102.8m was spent, stating: “At this point in the year, it is not possible to report on the exact use of these funds, the use of which is overseen by individual NHS trust boards.”

The £102.8m gained across North London Partners by the sales includes:

North Central London NHS Watch representative Alan Morton said: “The paper does not give a clear answer to the question Cllr Kelly asked. Councillors will be well aware of the pitfalls of selling assets to fund revenue. They’re one-off and not sustainable, and it comes back to haunt you next year, when you have no more crown jewels to sell.

“The other danger is that the organisation becomes focused on selling assets, rather than thinking about how best to use the land and buildings to improve health and social care services for all the residents.

“This pressure to sell land comes from the government, desperate to solve problems of chronic underfunding that they themselves have caused. I have some sympathy for the NLHP staff, they’re obviously trying to do their best, but they shouldn’t be in the position of having to sell off land.”

Morton also spoke out in protest at so-called ‘matching funding’ provided by NHS Improvement to trusts when they come to sell off land and property, which he characterised as a subsidy for property developers.

NHS Watch recommended proper oversight of land sales at the London level in order to ensure NHS land continued to be a public asset in a deputation to the 30 November meeting of the North Central London joint health overview and scrutiny committee.

About half of all public land has passed into private hands since 1979, or roughly 10 per cent of Britain’s land mass.

Will Huxter, director of strategy for North Central London’s sustainability and transformation partnership, said: “We operate under government-set rules for NHS improvement. We’re really happy we’ve got the chance to share the information on the receipts and the gains of what’s been achieved in ’17-’18.

“In terms of Cllr Kelly’s question about the detail of how the money is used, the reality is that the information about ’18-’19 won’t be finally determined until accounts have been fone for for ’18-’19.”

Cllr Alison Kelly (Lab, Haverstock), who chaired the meeting, followed up with a request for information going back to 2016, expressing her understanding that figures going into 2019 could not be provided.

“We’re looking for openness, transparency and trust between us.

“Obviously we want the most up-to-date information, and we’re asking you to do that on our behalf. Alternatively, we’d have to ask somebody else to do it. And I can’t think of anybody else.

“There’s huge democratic deficit in the NHS. They do not get it. Our residents pay for the service, and services learn from our residents how to make things better. So it may be a nuisance, we may only be councillors, but we wouldn’t want to be living in China.”