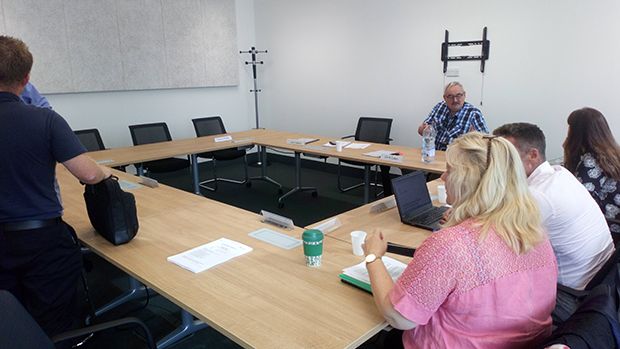 A popular Fortune Green pub has had allegations of public nuisance and noise dismissed after complainants failed to attend a meeting to air their concerns.

Neighbours Mojan Safariadeh and Farhad Atash had complained to Camden Council about noise coming from the customers and extractor fan of The Green Room Bar & Eatery on Fortune Green Road.

Following the complaints, the venue faced a potential restriction on its opening hours and customer numbers, as well as a recommendation by Camden Council licensing officers that sports could not be shown on the premises.

Screenings of football matches feature heavily as part of the bar’s advertised events.

However, due to the non-attendance of Safariadeh and Atash to seek remedy from the council’s 30 August licensing panel, the application to restrict the Green Room’s licence was rejected.

Cllr Richard Cotton (Lab, Camden Town with Primrose Hill), who chaired the panel said: “People shouldn’t make complaints and then not turn up. I understand this has happened a number of times in succession on this case.

“This is a completely new one on me. I’ve never seen this before. It’s really difficult in the absence of the applicant to know what to do.

“Given the person who complained also refused the council noise team access so that they could make the assessment, I think we have to strike down this request.”

The council’s review of the Green Room’s licence was met with some surprise by other neighbouring residents and businesses, with 18 letters sent in support of the bar’s case.

One letter read: “We are a real estate agency situated only four doors away from the Green Room.

“Very often we take our clients there as it is a quiet, calm venue where we are able to hold a discussion in the right environment.

“The staff themselves are very presentable, helpful and friendly. The venue is much needed in the area.”

Another stated: “The Green Room has provided business function hosting for my organisation on previous occasions. I am already planning future events there as a highly satisfied corporate client.

“I can only express surprise at this development given the considerable professionalism of both the proprietor and management team in all elements of their work and service.”

Daynes said: “As the applicant now hasn’t attended the panel twice, I think the application should be struck.

“It’s obviously really difficult for us to say that as we are here to support them, but I don’t think this is all fair on the business owners.”

The licensing authority had recommended that the Green Room have no more than 50 customers onsite at any one time, and stated that its closing times of 11:30pm on weekdays and midnight on Fridays and Saturdays was too late for the area.

Safariadeh and Atash’s complaint had focused on noise emanating from an extractor fan pipe which runs next to a bedroom window, as well as noise from the bar’s customers.

The complaint read: “We are human too, and we want peace. Our bedroom is like a power house. We cannot have rest and sleep.

“The fan pipe is next to our bedroom window. I have complained more than 30-40 times to the bar manager and Camden Council.

“We are paying rent and council tax every month, but we don’t have peace in our home.

“Music and the noise of customers shouting comes into our flat. The bar customers are having fun and a nice time, but we are harassed by these conditions.

“We would like to see a revocation of the premises licence.”

Next month sees the opening of the HalfCut exhibition at the Green Room, a selection of typographic works presented by art collective Trapped in Zone One.