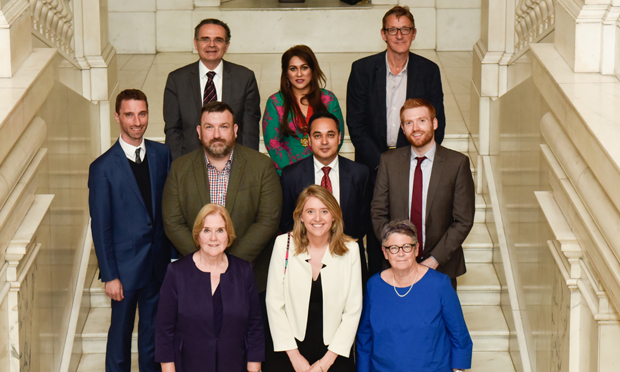 Camden’s Labour councillors will have a stronger voice on the scrutiny committees charged with holding the Labour-run council to account after picking up three seats in the 3 May local elections.

Camden Council agreed the new scrutiny committee appointments at its annual council meeting on Wednesday night (23 May), including roles for the borough’s newly elected Conservative and Liberal Democrat councillors.

Most of the committee appointments are made based on the proportion of seats each party holds in the council, with exceptions for some committees.

His fellow Liberal Democrat Lusia Porritt, who was also elected on 3 May, has a seat on Camden’s standards committee, the resources and corporate performance scrutiny committee, and the audit and corporate governance committee.

A spokesperson for the Liberal Democrat group, speaking to the Camden Citizen, said: “As a group, we are delighted to have gained places on the resources, culture and environment, audit, planning, licensing, and standards committees.

“We are particularly pleased that Flick’s experience in planning has been recognised in her appointment as vice chair of that committee, which will give her an enhanced scrutiny role in that area.

“Luisa is meanwhile looking forward to drawing upon her background in finance and economics in order to hold the council to account in the way that its finances are run.

“We are also glad that Tom will be able to pick up on his past experience in licensing, and that he has a place on the culture and environment committee, as this covers key areas highlighted in our local election manifesto such as air quality, waste collection and community safety.”

Fellow new Conservative councillor Maria Higson will sit on the health and adult social care scrutiny committee, as well as the standards committee and the standing advisory council on religious education (SACRE).

Another new councillor, Conservative Steve Adams, will sit on the housing scrutiny committee and the licensing committee.

Conservative councillor Henry Newman, also elected on 3 May, is the new vice chair of the standards committee and will sit on the culture and environment scrutiny committee.

Labour councillor Abi Wood will take over as chair of Camden’s licensing committee from Cllr Maryam Eslamdoust, who became Deputy Mayor this week.

Cllr Berry told the Citizen: “I agreed to this change as I’m keen to work more on health topics, particularly public health.

“I enjoyed being on resources but actually this is the committee I originally asked to be on when I was first elected four years ago.”

However, she added: “The reason given by Labour was that they were putting a Liberal Democrat [Cllr Luisa Porritt] on resources and so didn’t want to give me one of their places on that committee now as they’d be more outnumbered.”