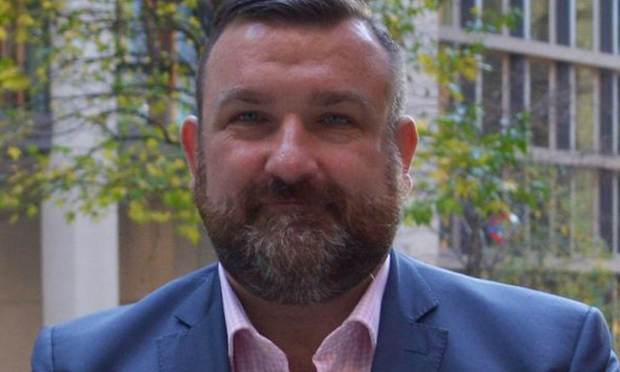 Despite “some wags” suggesting that Keir Starmer’s parliamentary seat could disappear in a shake-up of boundaries, councillors across the political divide want to keep its historic name.

The Boundary Commission’s review could see changes to the Holborn and St Pancras and Hampstead and Kilburn constituencies.

Holborn and St Pancras, currently represented by the Labour leader, could be getting a new moniker as Kentish Town and Bloomsbury.

It would also take in the Tufnell Park ward from Islington.

The move was not popular with Camden councillors and they said many residents felt the same.

Members of the audit and corporate governance committee (29 July) decided to tell the Boundary Commission they wanted to keep the historic name.

Cllr Roger Robinson (Labour) pointed out that “St Pancras has been the basis of our history going back to the dawn of time”.

He said a Roman fort was based there and that it’s where the Romans fought Boudicca and her Iceni tribe in AD 60 or 61.

“Those of us fighting to start a local museum for St Pancras and Somers Town area would be very appalled to lose the title of St Pancras,” he added.

Opposition leader Oliver Cooper was in favour of keeping the name. The Conservative said: “Some wags mischievously said Sir Keir Starmer’s constituency was being abolished because it no longer appeared  in the list of names.”

He added: “Let’s make sure that the story gets put to bed as soon as possible so let’s call it Holborn and St Pancras as well as the excellent historical reasons.”

Cllr Jonathan Simpson (Labour) said he was not happy about the name change: “The constituency name has included St Pancras since 1885. I don’t think it should be tossed aside.”

His Labour colleague Cllr Paul Tomlinson said: “The feedback from residents has been very direct, very compelling and unanimous. All the residents I’ve spoken to want to retain the name.”

He pointed out that there’s been a place of worship on the site of St Pancras Church since Roman times and there are also Norman links there, tracing the history over 900 years.

Cllr Simon Pearson (Labour) thought adding in Tufnell Park from Islington was “a bit strange” and said he would be surprised if residents did not protest.

The commission recommends a name change for part of the current Hampstead and Kilburn constituency which would also take in the Maida Vale, St John’s Wood and Lisson Grove wards from Westminster borough. It would be renamed Camden Town and St John’s Wood.

There would also be a new West Hampstead and Kilburn constituency. It would be made up of West Hampstead, Kilburn, Fortune Green and Frognal and Fitzjohns wards along with three current Brent wards and Harlesden and Kensal Green ward.

Councillor Cooper has been “absolutely  inundated” with objections about Frognal and Hampstead Town ward being split up.

The proposed move comes as the Boundary Commission reviews parliamentary constituencies throughout the country. It could mean Londoners send two extra MPs to Parliament. The capital is likely to have 75 MPs in the shake-up, which sees changes in all but two of the current 73 seats.

The proposals mean Camden borough would be in three constituencies and be linked with three other boroughs.

Maughan explained in a report that the proposals “do not lend themselves to easily running any combined elections on the same day as a parliamentary election”.

Stray ballot papers would have to be accounted for by each borough before they were taken to the right place for counting.

He said even if there were no other elections on the same day, ballot boxes for parliamentary votes would be taken to and received from polling stations in the other boroughs.

This, he added, “creates significant risks to the timing of the count and security of the boxes” and “increases costs and overall declaration times”.

The Cabinet Office would ultimately decide which borough would take responsibility for running the elections, he explained.