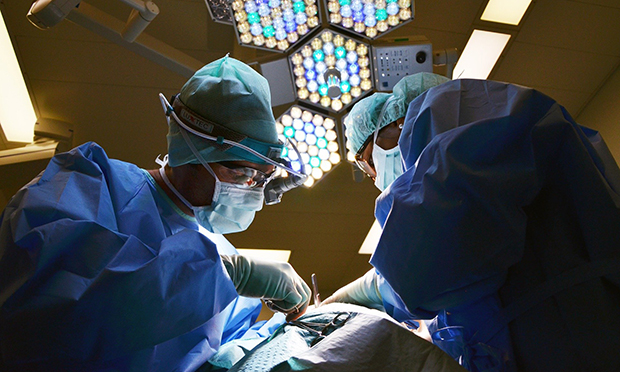 Medics working across North Central London (NCL) have warned that the health system is “not out of the woods” in Covid’s impact on cancer treatment.

Anecdotal evidence suggests a greater proportion of later stage cancers among the population.

Across the NCL area, which covers Barnet, Camden, Enfield, Haringey and Islington, health workers are investigating if a drop in routine referrals from GPs, which fell by 70 per cent at the start of the pandemic, is “indicative of patients coming to harm”.

This is understood to be of particular significance when it comes to cancer, due to the large proportion of cancer diagnoses which are identified as a result of a routine referral.

Members of the Joint Health Overview and Scrutiny Committee were told at a 12 March meeting that between April and November 2020, the number of ‘missing’ patients being treated for cancer in NCL, as compared to historical levels, was 934.

However, Naser Turabi, managing director of North Central London Cancer Alliance, said: “Year on year for January [2021], suspected cancer referrals were down by about 30 per cent, but they were down 70 per cent last April compared to the year before, so that is a real positive move forward.

“Actually now they have recovered to pre-Covid levels, which is really good. That does not mean we are out of the woods by any means, as we still have an overall deficit of people coming forward, and we have other routes to diagnosis which have not recovered as well.”

According to North London Partners in Health and Care documents, a “key concern” in the local system is the deficit of breast screenings. As these would largely find early stage cancer, doctors are concerned they will not present until the cancer has advanced to a later stage.

NCL medics have stressed that all those people needing urgent treatment have received it, with the backlog of patients currently requiring treatment in fact low, as referrals from GPs are down.

The “pent-up demand”, according to North London Partners, is in patients in the community who have not come forward yet.

High priority cancer surgery has continued at University College Hospital as well as at private facilities including the Wellington, the Princess Grace and Harley Street Clinic. Along with this, imaging, outpatients for cancer, chemotherapy and radiotherapy also continued – the latter two services despite a “significant” level of Covid-related staff absence and redeployment.

According to Turani, it is hard to expand the workforce in cancer services due to the highly specialised nature of the work, with a shortage of pathologists, gastroenterologists and radiologists expected to get worse over the coming decades even before Covid.

He added: “The numbers of people going through cancer services are thankfully not that great. Although it is a big proportion of the NHS budget because of the specialist nature of the services, actually in absolute terms in terms of staff and patient it is not the biggest service around. I know all our surgeons are raring to go, and they are desperate to get back operating at full speed.”

Asked whether services from other providers would need to be commissioned to help with the quality of life of people waiting for appointments and in pain, Turani moved to reassure those listening that cancer treatment remains a priority, with urgent cases and services protected.

However, the Cancer Alliance boss made clear that some patients with cancer known to not progress as quickly as others will have to “wait a bit longer”, with NHS waiting lists “as long as they have ever been”.

NCL is now planning a large awareness campaign to encourage people with worrying symptoms to visit a doctor.