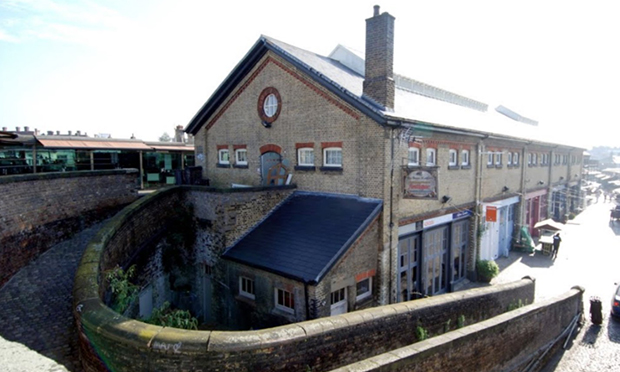 The operators of an immersive theatre production company have expressed “delight” at securing permission to move into a large space in Stables Market, and have pledged to work with residents concerned about noise nuisance late at night.

Hartshorn-Hook Productions, known for their international production of The Great Gatsby, won approval for the use of the Grade II*-listed Horse Hospital in the market, with casual dining and drinking occupying the ground floor and an event space above.

Their application was marked by concerns from councillors and residents over a 2am closing time, given the current venue has seen noise complaints from residents with a closing time of 1am.

The company argued that given the pressures on the arts from the pandemic the venue needed to serve the late-night economy, with a need for “everything going in our favour and a following wind”. A review mechanism will be put in place to manage any problems.

Simon Cummings of Hartshorn-Hook said: “We’re delighted to be the prospective operators at the Horse Hospital. We have operated immersive theatre spaces for over 10 years, which we believe are at the forefront of theatrical experiences, and in the UK and London we are spearheading that movement.

“The Horses Hospital in its aesthetic and architectural beauty is perfect for the work we do, hence why we are so excited to turn it into a cultural offering.

“We already operate a venue in Westmisnter and are lucky to have a great relationship with local residents and commercial businesses and seek to bring that relationship and constant live communication forward to the Camden operation.”

Cummings, who said that his first shows at the beginning of his career were produced at the nearby Oxford Arms, committed to running the venue responsibly, while expressing a hope to remain there for up to 15 years.

While councillors had submitted objections to the proposals, officers stressed that an immersive theatre venue market was an “appropriate use for the town centre”, going on to question where in the borough such a venue could be located if not at the market.

Officers also hope that the new site will help to sustain the market and wider town centre, as well as “adding to the vibrancy” of the Stables and “acting as an anchor which will draw people through the market”.

Cllr Lazzaro Pietragnoli, who voted against the plans for the event space, raised concerns around non-retail use in the historic market, pointing out to officers that this part of the Stables had always been known for clothes, furniture or antique shops.

Planning officers responded that there is a “balance of uses” in the market, and that while it was heavily retail “many years ago”, in recent times these places have been “struggling a bit”.

The Tenants and Residents Associations Camden Town (TRACT) called on the Town Hall’s planning committee to attach “reasonable conditions” to the application limiting opening hours to 1am, claiming that this condition had not been adhered to by the previous tenants.

Cllr Patricia Callaghan, who objected to both the ground floor and first floor applications, said: “The late licence if approved will once again mean that residents are disturbed constantly and then have to deal with their own ‘morning after’ effects – namely detritus left behind, including human waste -after being kept awake in the early hours by noisy revellers returning to their cars, where they continue their socialising oblivious to the people actually living in the area.”

She added: “Please remember the residents many with young families, whose lives are impacted by the constant late night rowdy behaviour of revellers. Children who are falling behind with their educational attainment due to living in close proximity to this entertainment hub.”

Officers replied: “Given it is a major town centre, we think 2am is appropriate in the way that the wider town centre has a range of places that go later than 2am or earlier than 2am.”

John Watson, head of development for landlords Labtech said: “From our perspective as landlord, we believe this kind of use is the future of the Markets, trying to introduce new high-quality cultural and entertainment offers alongside the traditional market traders is where we see the recovery of the market coming from.

“We’re looking to invest a very significant amount of money not just in the restoration of the building but also in careful acoustic treatments to bring these high-quality proven operators in while trying to address the legitimate concerns of local residents.”